Beer lovers, rejoice: the brewing business is booming in Southern Oregon! With 15 tap houses operating currently and 6 more slated to open this year, the Rogue Valley is in the midst of a beer renaissance.

Oregonians consume more craft beer than any other state in the nation, and the recent surge of micro and nano breweries in the area is helping to meet that demand. Ashland’s beer scene in particular is thriving, with one popular taproom expanding and several new craft breweries in the works.

Once you’ve sampled what Ashland has to offer, head up the road to Medford and check out their burgeoning beer scene as well.

There’s no need to find a babysitter either, since most of the locations in the Rogue Valley are family-friendly and offer tasty food to go along with your pint.

Portland and Bend may be the first cities that spring to mind when you think of Oregon’s brewing hubs; but if our current beer boom is any indication, Southern Oregon isn’t far behind. 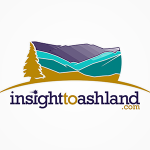 Caldera Brewery and Restaurant Pub & Bar Food Good microbrews, pub fare and thousands of beer bottles from all over the world displayed in the restaurant. The facility is also […]Read More

Caldera Tap House Pub and Bar Food Pub fare, live music and a great selection of microbrews from their own brewing facility across town. Located in downtown Ashland on Ashland […]Read More