Page: Insight to Ashland » Where to Eat and Drink Ashland » Ashland Culinary Festival

Since its inception in 2007, the Ashland Culinary Festival has provided a venue to celebrate the vast and delicious offerings of food, wine, beer, and spirits of Southern Oregon. This annual November event features a Meet the Chefs Kickoff on Friday night, as well as workshops, tours, demos and awards. Additionally, over 30 local companies offer samples of their tasty creations.

2013’s festival took place at the Historic Ashland Armory from November 8th – 10th. Dustin Farley from Larks at the Ashland Springs Hotel won the Top Chef award, while Terra Sharp – also from Larks – won the Best Dessert award. We extend congratulations to both for their accomplishment! 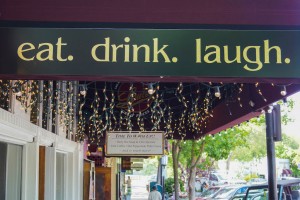 The Ashland culinary scene isn’t just limited to chocolate, of course! Ashland has a wide variety of places to eat & drink. We provide business listings for restaurants, coffee, bakeries and dessert locales, and some of the other food festivals that are hosted in Ashland each year. These consist of A Taste of Ashland and the Oregon Chocolate Festival.

During the spring, summer and fall, Ashland also plays host to the Rogue Valley’s Grower’s Market – our local farmer’s market, on Tuesdays and Saturdays.